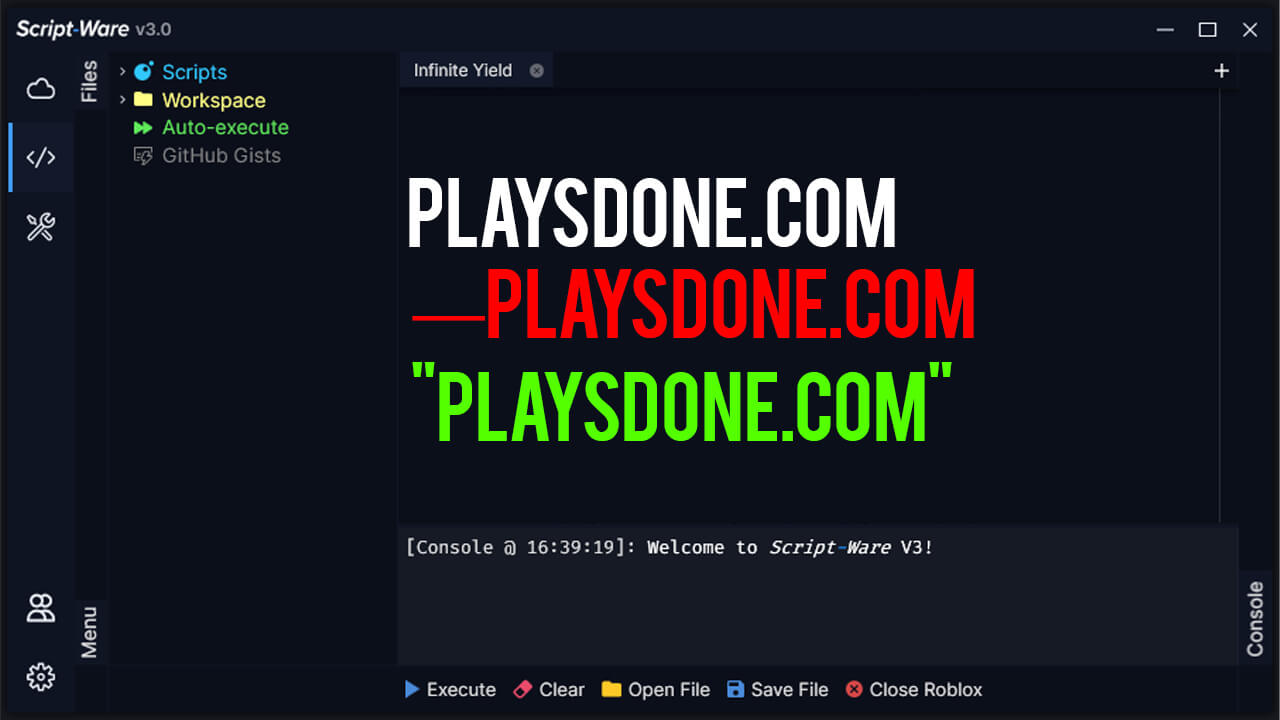 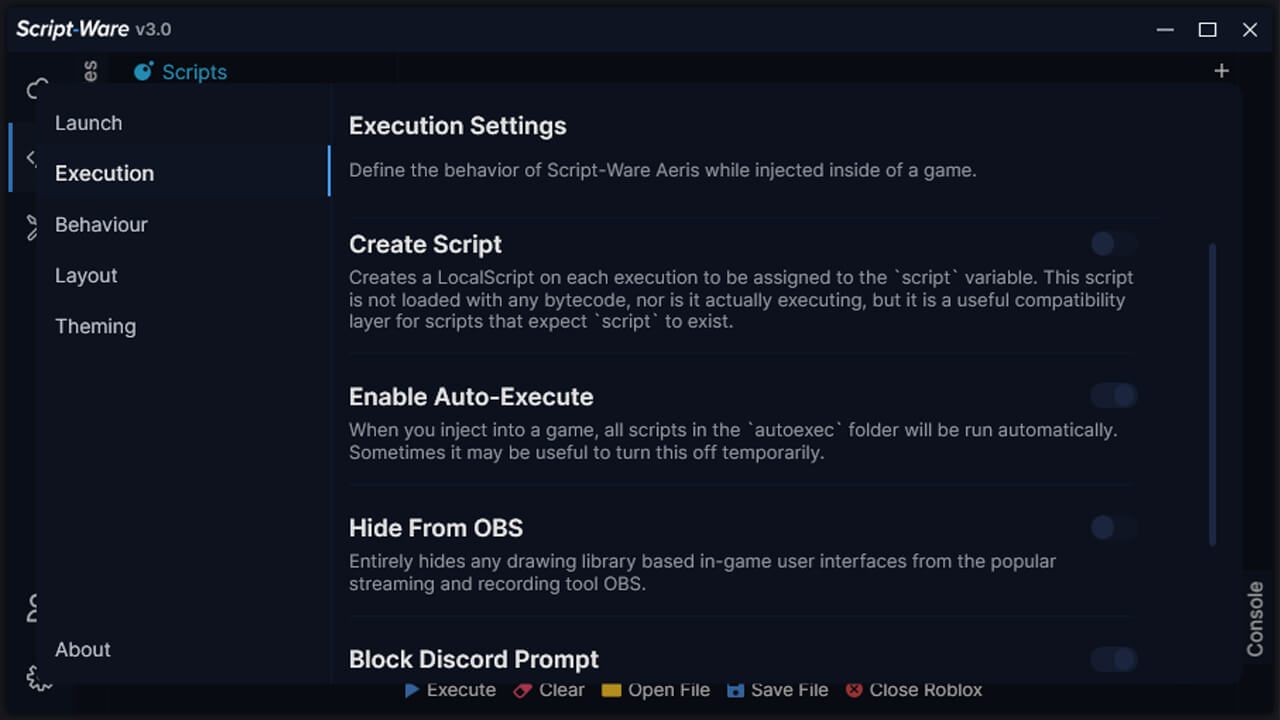 Script-Ware V3 is the best script execution experience on the market. Complete with a gorgeous user interface, incredible functionality and unmatched stability — Script-Ware V3 introduces a new level of quality for executors.

Made by scripters, for scripters

Engineered to provide easy scripting rather than burden you with slow speeds, unexpected crashing during development — Aeris is built for scripters by giving you better scripting errors, better script debugging, features such as Kill Scripts and way more.

Engineered to automatically link to your game server, the V3 script editor is an incredibly interactive, smooth and very powerful script editor to elevate your ability to write and run all of your scripts.

Thousands of scripts wherever you go

Share your creations to the script catalogue, access the catalogue in the most interactive way ever seen before on Script-Ware all via the comfort of the novel user interface.